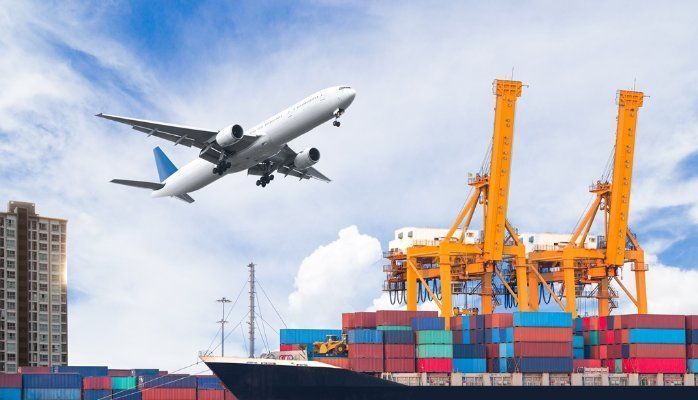 The new Incoterms 2020 are already beginning to be written within the International Chamber of Commerce (ICC) as the body that has been publishing them since 1930. Over the last few decades, a revision of the Incoterms has always been carried out coinciding with the first year of each one: 1990, 2000, 2010, is the latest version and it is the one currently in force.

The Incoterms 2020 are being developed by a Drafting Group, for the very first time representatives from China and Australia have been incorporated, although most of the members are European. This Committee meets periodically to address the various issues coming from the 150 members (mainly chambers of commerce) that are part of the International Chamber of Commerce.

The new Incoterms are expected to appear in the last quarter of 2019, coinciding with the centenary of the International Chamber of Commerce, and come into force on 1 January 2020.

Some of the new themes and changes that will be evaluated at the meetings of the Editorial Board of the new edition of Incoterms 2020 are as follows:

Elimination of Incoterms EXW and DDP

This will be a very important change because EXW is an Incoterm that many companies with little export experience use. DDP is commonly used for goods (e.g. samples or spare parts) that are shipped by urgent transport companies that handle all logistics and customs clearance up to delivery to the buyer’s address. The justification for deleting these two terms is that they effectively deal with domestic transactions: in the case of EXW by the exporting seller and in the case of DDP by the buyer-importer. Furthermore, these two Incoterms contradict, as it were, the new EU Customs Code since the liability of exporters and importers is produced once the shipment of exports and imports has been made respectively.

Elimination of the FAS Incoterm

FAS (Free Alongside Ship) is a very little used Incoterm and contributes almost nothing to the FCA (Free Carrier Alongside) used when the goods are delivered to the port of departure of the exporter’s country. In FCA, you can also deliver the goods to the dock as in FAS since the dock is part of the marine terminal. On the other hand, if you use this Incoterm and there is a delay in the arrival of the vessel at the port, the goods will have to be available to the buyer at the dock for several days and, on the other hand, if the vessel goes ahead, the goods will not be available for shipment. In reality, FAS is only used in the foreign trade of certain commodities (minerals, cereals) and, in this sense, the Drafting Committee is considering the creation of a specific Incoterm for the electronic trade of this type of products.

FCA is the most widely used Incoterm (about 40% of international trade transactions are carried out with this Incoterm), it is very versatile and allows the delivery of goods to different locations (seller’s home, land transport terminal, port, airport, etc.), almost always in the seller’s country. It is enhanced to create two FCA Incoterms, one for land delivery and the other for sea delivery.

The change made in the 2010 edition of Incoterms when the cargo does not travel in the container should not affect the FOB and FCA Incoterms, but its FCA and CIP counterparts are not applied by the vast majority of exporting and importing companies, such as agents involved in international trade (freight forwarders, logistics operators, banks, etc.).

This is due to the fact that FOB and CIF are two very old Incoterms (FOB was already in use in England at the end of the 18th century) and the International Chamber of Commerce has not made any effort to make the very important changes that were needed properly since about 80% of world trade is carried out in containers. In Incoterms 2020, it is possible that FOB and CIF may be used for the transport of containers, as was the case with Incoterms 2000 and earlier versions.

Creation of a new Incoterm: CNI

The new Incoterm would be called CNI (Cost and Insurance) and would cover the difference between CFA and CFR/CIF. Unlike the FCA, the cost of international insurance on behalf of the seller-exporter and as opposed to CFR/CIF does not include freight. As in the other “C” Incoterms, this would be an inbound Incoterm, i.e. the transport risk would pass from the seller to the buyer at the port of departure.

As with the FCA, DDP also creates problems because the tariffs and duties of the importing country are paid by the seller, regardless of where the goods are delivered. Therefore, the Drafting Committee is considering the creation of two Incoterms based on the DDP:

In addition to the elimination and creation of certain Incoterms, the Drafting Committee is analysing other issues to be included in the new version of Incoterms 2020. These include the following:

Transport safety.
Transportation Insurance Type Regulations.
The relationship between Incoterms and the international sales contract
In the coming months, the Committee will meet periodically to address these and other issues that will eventually be incorporated into Incoterms 2020. It is hoped that the version of Incoterms 2020 that comes into effect on January 1 of this year will serve to facilitate international trade between exporters and importers, adapting to the changes that have occurred over the past decade.